Just 2 hours drive from Lake Caldonazzo there's Venice, the capital of the Veneto region, a city known throughout the world for its canals and for its Renaissance and Gothic buildings. Due to its urban peculiarity and its artistic heritage, Venice is universally considered one of the most beautiful cities in the world and it is part of the UNESCO heritage sites.

On the main square, Piazza San Marco, stands the Basilica of San Marco, enriched by Byzantine mosaics, and the bell tower of San Marco, from which you can admire the red roofs of the city. 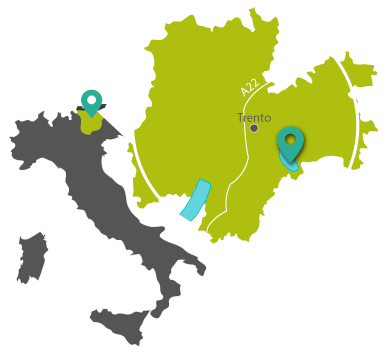